Wow. Can’t believe I’ve been building and supporting IP Cam Viewer for over 9 years. If you have used it for many years, please consider becoming a patron to help keep IP Cam Viewer going. Thank you for your support!
Please become a patron.

Most new IP cameras are using P2P be default. These cameras will send data to a central server either for IP lookup, recording or for relaying data (if direct connection by client to camera fails). 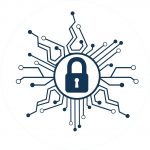 Worse, some cameras still report information even if P2P is turned “off”. These cameras often have a generic API which allows the server to issue any linux type commands or network calls (trojan horse). Even features like alarm notifications are sent to servers like “push.reecam.cn”.
Yes, they are easier to use – just plug in – but I’d rather connect app DIRECTLY to the camera. How can you try to secure these cameras, dvrs, nvrs? See below:
1. Most P2P cameras have a hidden web interface or offer RTSP/ONVIF support, so find those ports either in the admin screens or via port scanning.
1. Turn off P2P feature in camera and use the traditional DDNS/DNS plus port forwarding setup instead.
– see https://hit-mob.com/ip-cam-viewer-android/faq/#2
2. Disable camera’s ability to reach out.
– set it’s internal IP address statically so you can alter the Gateway, DNS, and other values.
– set it’s Gateway IP address to a non-existant address (so it can’t find it’s way to internet servers)
– set it’s DNS server IP to a non-existant address (so it can’t lookup address of internet servers).
3. Use stunnel to protect your cameras.
– run stunnel on an old android, pc or raspberry pi.
– for example, https://myhome.ddns.org:8001 goes to stunnel at port 8001 which then converts back to non-ssl forwarding to camera’s internal 192.168.1.55 port 80.
– this way, you only need to open the stunnel machine to the outside and secure it. All IOT devices are not exposed except through stunnel via SSL.
– most cameras have multiple ports, so remember to setup stunnel/port forwarding for required ports (often HTTP and RTSP ports).
Finally, turn OFF UPNP support in your router to prevent internal devices from automatically opening tunnels from the outside to the inside without you knowing it. 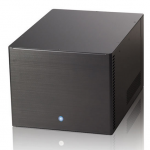 With the latest record on motion detection feature in IP Cam Viewer Pro, now anyone can have a home surveillance system for almost nothing. Motion detection reduces sdcard space usage dramatically. I’m getting weeks of recording time on an empty 8gb sdcard (app will automatically recycle old footage as needed).
Search, view, export past recordings and view live, all with no monthly fees. No middleman servers/services which can be a security/privacy issue, massive ISP bandwidth usage, exposure to monthly fee increases, slow network access and potential disaster if company goes belly up or get hacked.
Latest Android version now supports motion email notifications.  iOS version will get this functionality soon. I switch between a ‘record home’ and a ‘record away’ group where the ‘record away’ group records more cameras and enables motion notifications for some cameras.
Hardware:
– old, left over android phone or tablet. Price: free
– cheap ip camera on amazon or ebay. Price: ~$50 each
Software:
– IP Cam Viewer Pro. Price: $3.99 one time cost
Setup:
1) install IP Cam Viewer Pro on spare android device.
2) configure your cameras in IP Cam Viewer Pro (turn on record only when motion detected in Edit Camera -> More Options for each camera).
3) start recording, click matrix view button, hang on wall as a bonus display!
Finally, both Apple App Store and Android Play Store allows you to install IP Cam Viewer Pro on as many devices as you want (as long as you use the same account) so install it on your daily phone to get live viewing (use export/import or sharing to copy settings).
ps. for live viewing outside of your home network, you need to setup dynamic dns and port forwarding.
ps.ps. some users have asked to record to dropbox. See above on why I do not like to send private video to some cloud service. If you MUST sync to dropbox or google docs, use FolderSync Lite to sync the entire IP Cam Viewer Record folder.

I had to disable home screen widgets, native code functionality, and other features that the Android Player does not support, but it does run pretty well.  It should also run on future BBX based Blackberry Smartphones too.
UPDATE: It’s now available in Blackberry App World for Playbook and future BB 10.0 devices.